Manama: Saudi Arabia started on Sunday the implementation of the new visa fees decided last month by the cabinet to boost non-oil revenues. 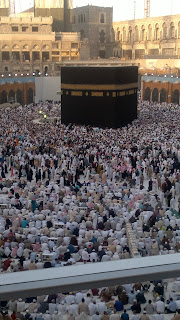 Under the new scheme, the fee for a single entry visa into the kingdom is 2,000 Saudi Riyals. However, the fee is waived if the visitor is entering Saudi Arabia for the first time to perform pilgrimage or Umrah.

Expatriates living in the kingdom now have to pay SR 200 for a single trip out of the kingdom. The visa is valid for two months, and every additional month, within the duration of the expatriate’s residence permit, costs SR100, the Directorate General of Passports said.

Prior to the amendment, the visa cost SR200 for six months for all expatriates and one year for students.
A multiple-entry visa now costs 500 Saudi Riyals and it is valid for three months. Each additional month, within the duration of the expatriate’s residence permit will cost SR200.

The fee before the amendment was SR 500 for six months for expatriates and one year for wives of Saudi citizens.
Non-resident expatriates, including domestic helpers, will now pay SR300 to enter the country with their sponsors instead of the SR50 they paid before the introduction of the scheme.
Multiple entry visas will now cost SR3,000 for a six-month visa, SR5,000 for a one-year visa and SR8,000 for a two-year visa.
The fee for a transit visa will be SR300 and the fee leaving the Kingdom through a seaport will be SR50.
Bilateral agreements, including an accord with Bahrain, regarding domestic helpers accompanying their sponsors will not be affected by the new scheme.

How to perform Umrah - Step by step guide

Things to know about Kiswa on Kaaba