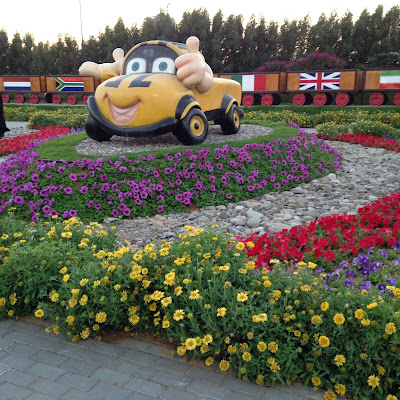 My Name is Abraham, and I am from Kerala,India.
I am holding the Indian Driving license, which i got in the year 2008. As i heard that if we hold the driving license which is 5+ years old, we need to attend only 20 classes. So i first went to Galadari driving center, in Qusais for registering, but as the queue was so long that i waited for more than 3 hours but still they didn't called my number. So i had to go back home and i wasted a day. Later my Boss suggested me to visit EDI, Qusais and hence with his permission i went to EDI in a fine afternoon. Within 30 minutes all the formalities where cleared and as i was not carrying the original Indian driving license, they told me to get it attested from Consulate. I didn't wanted to waste more time and hence i started 40 Days class, Only on Friday.

The instructor was from Pakistan, His name was Mr. Waheed and he was a nice person, as i was driving in India for so long, i didn't had to spent more time on the basics. I had to concentrate on traffic signs and rules. As you know the driving style in India is way different than in UAE. Anyway everything was fine, and after my 20th class i took the theory test and i passed, after 24th class i took my parking test and passed. after my 32nd class it was time for my assessment which i took along with another guy, and we both passed the assessment test. Then i had to complete highway class and night class. So finally it is the time for final road test. It was scheduled for 09/09/15 , 12:30 Pm. I reached EDI by 11.30 am and i waited. I had seen many guys and some who had failed for 3-6 attempts. Then i saw one RTA official who came out, called 3 guys name and took them for test. I saw the face of this invigilator and i had the feeling that this guy is definitely going to fail these guys for sure. No offence, from the way he was looking i concluded that. in the mean time one more guy came and sat near me. He also was having the test at 12.30pm. he told me that he was working in Qatar, and he had his driving license in Qatar and he already gave a test directly, for which he failed, and then he had to undergo 8 classes and give the test. He desperately wanted to get license. He was so cool and made me also cool.

The time was 12.00 and we gave our papers to the reception, and we had to wait. By 12.15 PM the invigilator about whom i told earlier came and called my name, the guy who was speaking with me, and another guy(Local Arabic guy, 18-19 age).
I had made it clear in my mind that am gonna fail this. He told the man to drive first. He was so cool till he got into the driving seat, he then became very nervous and started making mistakes one by one. after 2 minutes drive he told the Arab guy to come and drive, he started driving, he also made some mistakes but was confident and in my view he should get his license as he will drive and become an expert. next was my turn, he made me drive for 5-8 minutes, and told me to park the car inside. In my view i had made 6-8 minor mistake and 1 major mistake. I was sure that none of us are going to get the license. But when i parked the car and put the parking gear on, RTA Guy told 1 fail,2 and 3 PASS. i was like OMG.

I had to wait for another 1.5 Hours to complete all the procedures and got my license in my hand.
Before the final road test i had visited this page and got many ideas and testimonies from other friends. Thank you for that. I wish the other guy with me who failed get his license sooner.

wishing everyone success in your life. God bless you
---
Thanks for reading. Like our facebook page to get regular updates/tips